For about 20 years a group of scholars organized in the European Urban Research Association and/or the standing groups on Local Government and Politics (LOGOPOL) of the ECPR have carried out surveys in most European countries on actors performing different roles within local government. These survey offer valuable sources for comparative research in local government.

The first survey was focused on executive officers (CEOs) or the highest ranking appointed and non-elected civil servant or employee at the municipal level. As it was supported by UDITE (Union des dirigeants territoriaux de l’Europe) is has been called the UDITE survey. The next survey – named the POLLEADER (‘political leader’) survey – dealt with European mayors from municipalities with more than 10,000 inhabitants. It followed a survey on councillors from municipalities with more than 10,000 inhabitants – called the MAELG (‘Municipal Assemblies in European Local Governance’) survey. It was based on a stratified sample that took into account the regional distribution of the total number of municipal councillors in a country. The next survey concerned councillors and executive heads from the second tier of local government (i.e. counties, provinces etc.). As comparative studies on the second tier of local government in European countries did not existed, a study of the tasks and organisation of this level of government in European countries was carried out before as a precondition of the mentioned survey. The last survey focused again on European mayors (POLLEADER II).

In a next step, a survey is planned on societal actors interacting in institutionalized governance networks with actors of local government in different European countries. 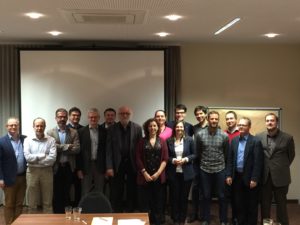 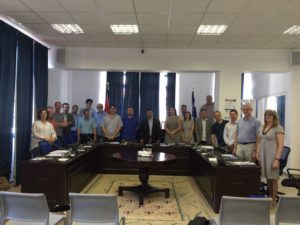 A second workshop of the network took place on the Greek island of Hydra between May 10th‐13th, 2018. This workshop was focused on the preparation of a book in which theoretical chapters as well as country chapters on local state-society relation in Europe will be presented. This book, to be edited by Filipe Teles, Adam Gendźwiłł, Cristina Stănuş and Hubert Heinelt, will be published by Palgrave Macmillan and summarize the results of the work of the network reached so far. 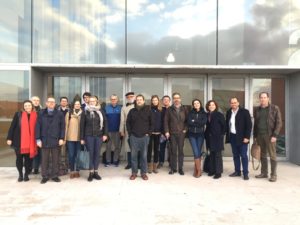 The next meeting will take place in Kaunas, Lithuania, on the 14th and 15th of November 2019. At this workshop the questionnaire will be finalized.