EURA 2021 was an online event hosted and organized by the organized by OSLOMET, University of OSLO, and The Oslo School of Architecture

Due to the corona virus outbreak in March 2020 and the development of the pandemic, the EURA 2020 conference in Oslo was cancelled. The conference received a lot of papers, especially within Track 2: Sustainable vs unsustainable urban development and growth vs degrowth. This has inspired the local organisers to find an alternative way of arranging Track 2 of the conference to present and discuss the engaging papers that were proposed in 2020.

In this online event, we explored how contradictions related to sustainable vs. unsustainable urban development and growth vs degrowth, are shaping our cities. The contradictions are not fixed, but intersect and are contested among actors who seek, in their own ways, to shape their city.
Participation in the conference was free of charge and open for a wide audience, who register beforehand, organized as a Zoom webinar. 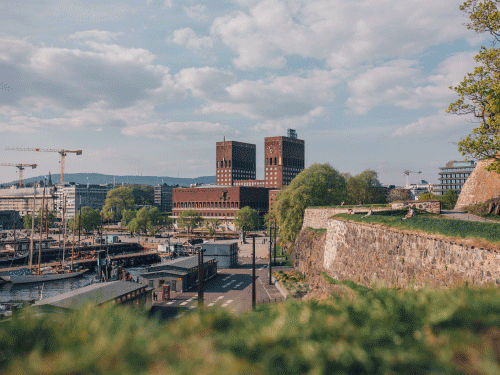 Photo by Eirik Skarstein on Unsplash

At a time when an increasing share of the global population is living in urban areas, there is a need to re-examine the role(s) cities take in coping with contemporary challenges and contradictions. The EURA conference takes as its inspiration Robert A. Beauregard’s book (2018) ‘Cities in the urban age’ as well as increasing polarizations and protests in cities, accelerated by the pandemic, where different groups take to the streets to make their voice heard. Both the book, the protests and the ongoing pandemic underline that urban policies and issues matter, have impact beyond the urban sphere and are worth fighting over. With this starting point, the EURA conference seeks to focus on contradictions that are generative for urban life, and thus contributes in shaping urban futures.
Although cities are facing many of the same contradictions, they are recognized, problematized, politicized and handled in different ways, and consequently also exert differing influences on urban life. Rather than focusing on how visions about urban futures are driving our cities, the objective of EURA 2021 is to better understand underlying contradictions that affect how the urban visions are materialized. Depending on political visions for a sound city and the power balance between urban actors, contradictions nurture urban development in different ways, benefiting some interests and groups, while possibly excluding and worsening the situation for others.


In his key-note speech, Beauregard elaborated on the importance for understanding the dynamics of underlying urban contradictions when trying to make sustainable urban policy. For Beauregard, the city is a cauldron of haunting contradictions. He argues that only by recognising the urban ambiguities and contradictions, can we begin to understand our moral obligations as well as possible paths towards equality, justice and peace in urban settings.


Ayona’s keynote was titled ‘The distant-time of the future city’.

The Track: Sustainable urban development models, strategies, policies and tools are operating in nearly every geographical and political context around the world. Urban spatial development and growth measures of cities are essential as they influence economic performance, public health conditions, and determine social cohesion and segregation. These measures vary widely in different geographical contexts as regards available approaches, policy instruments and forms of implementation. Compact city policies, for instance, focus on reducing the negative impacts of urban development on the surrounding environment, while green cities place emphasis on green infrastructure and local self-supply within cities themselves. Differences in policy interventions and planning practices are largely due to the miscellaneous drivers that urban regions experience today: multi-locality of live-work arrangements, migration, economic pressures, concentrated growth and transport challenges.

EURA Conversations (round table):
The generative potential of urban contradictions – growth vs. degrowth

In this conference we have explored the role of contradictions in shaping urban futures, with specific focus on contradictions between sustainable and unsustainable development, and growth vs. degrowth. In this final panel discussion, summing up the conference as a whole, we will start by zooming in on some of the contradictions in the growth vs degrowth debate. This will be the starting point for discussing more broadly how (and if) contradiction may provide a generative potential that enables us to develop alternatives to the status quo in the search for more social and ecologically just urban futures.

Watch the round table

Last updated on: 28/Jun/2022
We use cookies on our website to analyse our traffic and save your preferences. By clicking “Accept All”, you consent to the use of ALL the cookies. Visit "Cookie Settings" to provide a controlled consent.
Cookie SettingsAccept All
Manage consent